Home » Driving in France – all you need to know

Driving in France – all you need to know 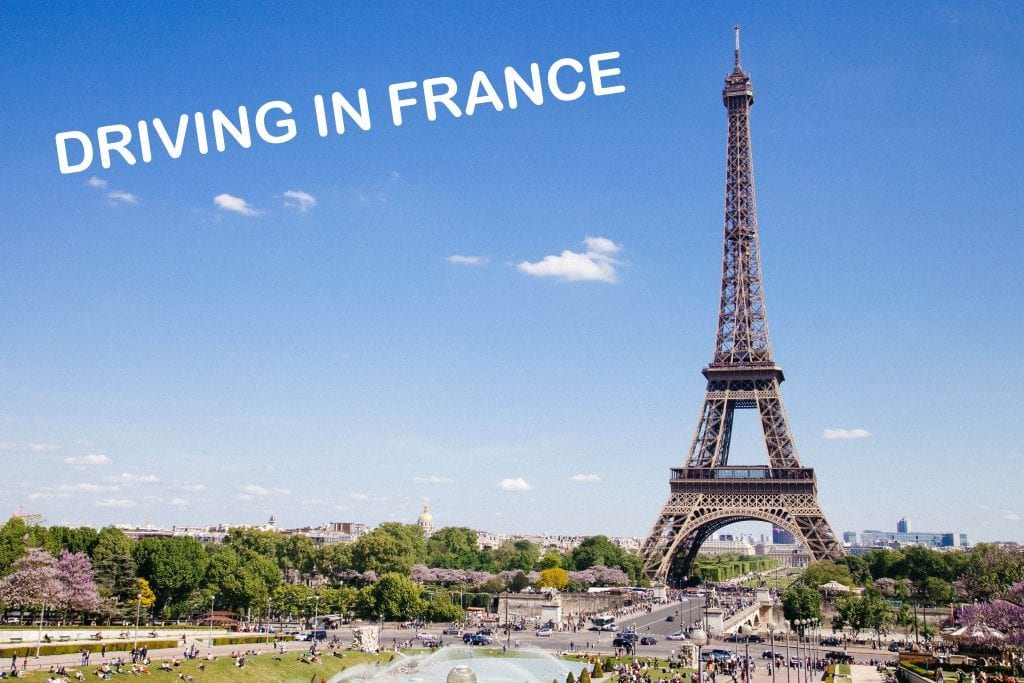 If you’re heading across the Channel to France then there are a number of things that are compulsory for you to have with you at all times when driving on French roads – if you don’t have them with you and are checked by the authorities then you can easily face a fine.

We’d also recommend also packing the following – these are not compulsory but are in some other European countries
• Basic tool kit.
• First aid kit.
• Torch – it must work, so to avoid flat batteries a wind up one is a good idea
• Fire extinguisher – make sure you know how to use it, as in an emergency reading the instructions suddenly becomes very difficult indeed.
• Breakdown cover details.

Leave Your Speed Camera Detector at Home!
Speed camera detectors are illegal in France and if you are found to have one in your vehicle then you can be fined up to 1500 Euros – even it’s switched off! Some Sat Nav systems do occasionally have a radar detector inbuilt (not the VW factory fitted system though), so it’s best to check with the manufacturer before you leave if you’re unsure.

Display a Vignette – Vehicle Emission Charges and Categories
New emission zones were introduced in a number of cities across France in 2017 and go under the name of the Crit’Air Vignettes. There are 6 categories using a colour coded system which indicates your vehicle’s emissions. The colour coded badges (vignettes) cost just over 3 Euros and failure to display one can lead to a fine of around £120.

The classification starts at level 1 for the cleanest hydrogen or electric cars, up to level 6 for the dirtiest and oldest diesels. Depending on the weather conditions and levels of pollution on a given day, sometimes more polluting vehicles can be banned from entering certain cities under an emergency scheme.

The cities to which these rules apply are Paris, Lyon, Grenoble, Lille, Marseille, Strasbourg, Toulouse & Chambery.

Most of these cities only operate the emergency scheme at times of high pollution levels, however, Paris has a permanent system during daytime weekdays which bars any diesel vehicle prior to Euro 04 classification.

It’s important to note that emission level zones and rules across France and Europe are changing all the time, so the information above can change. Here’s a link to a fantastic website that carries all the very latest information;

The French Crit’ Air also has its own individual website;

Other Rules of the Road

Most motorways (autoroutes) have sections with tolls, however, around cities they are often free so to encourage traffic away from the city centre. On your map or satnav all autoroutes will begin with an A.

Tolls across France can vary as different autoroutes are owned by different companies, but the main criteria for different charges will be based upon the vehicle you’re driving. All our elevating roof campervans are not higher than 2m and are passenger and not commercial vehicles – these are two areas for classification and charge.

Payment can be made by cash or debit/credit card and remember that if you’re alone then you’re going to need to stretch all the way across the vehicle as the booths will always be on the right hand side.

Unlike UK roads, speed limits vary according to road conditions and are slower when it’s raining. Here’s a rough guide to limits and areas;

*UPDATE* A customer living in France has sent in some updated information, we have included this below. (Below are his words).

Breathalyzer:-  You should have TWO as if you use one you will still have one left and be legal.  It must also have the French ‘NF’ (Norm Francais) sign, anything not French is illegal!  However there now is no fine if you haven’t got one anyway!  (The law was introduced by Sarkozy as one of his mates owns the French factory and he was struggling to survive).

Cameras:- My Tom Tom does not (officially) have speed camera warnings but it does have ‘danger zones’ and by coincidence these are where the cameras are.  They got away with this as the French claim that all cameras are in danger zones.  Cameras are normally easy to spot as there will be a huge warning sign, followed by a limit reminder sign and then the camera.

Gilets Jaune:- The reflective jacket must be in the cab and not the boot.  You should really have two.

Toll roads:-  You can get a ‘Badge’ from Vinci (https://abonnement.vinci-autoroutes.com/Coordonnees?cod_crcl=EVA3&cod_promo=&typo=P).  This sticks on your windscreen and transmits through the toll areas.  Meaning you don’t stop at all and can pass through the Tag only booths so jumping the queue.  These, after paying for delivery postage, are free.  You will be charged 2€ additionally but ONLY on the month you use it.